History of the Clay County Courthouse

The Clay County Courthouse was built in Celina in 1873 and has contributed to the life and culture of the region in a variety of ways since its completion.

Located along the Kentucky border in Celina, the historic Courthouse is a modest yet stately two-story building of restrained Italianate design. Plans for construction of this courthouse began shortly after the Tennessee Constitutional Convention of 1870 created the new county from parts of Jackson County and Overton County.

The Clay County courthouse was completed in 1873. The first session of court was held in June 1874. 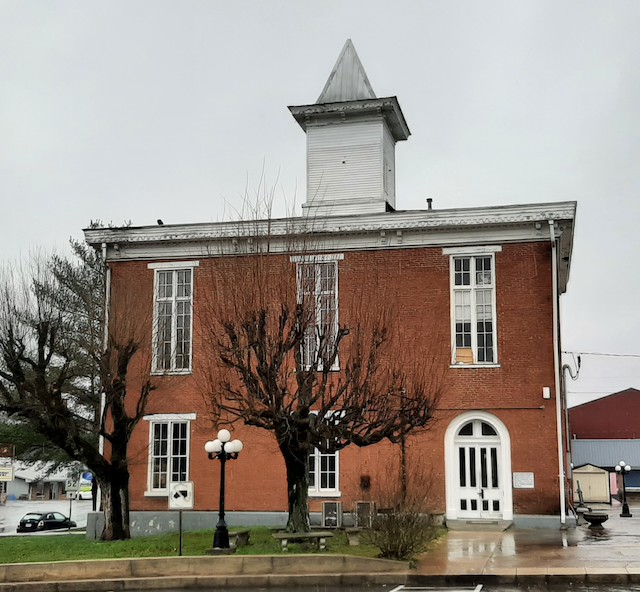 The courthouse is brick, and the builders used clay taken from the public square to make the bricks. The building originally had a square cupola with rounded arch windows and twin chimneys that served the fireplaces located in each room. The chimneys have been removed, and the arch windows of the cupola have been covered.

The Courthouse is a good example of the “four-square” plan. There is a courtroom on the second floor and four offices on the first floor.

The Clay County Courthouse has withstood the floods that have periodically devastated Celina. It has seen famous (and non-famous) Tennesseans engage in the practice of law. It witnessed a dramatic trial resulting from one man’s relentless quest to bring his father’s killer to justice. It has seen innumerable gatherings of men and boys playing a popular regional game, an atmosphere that provides young fellows an opportunity to emulate their fathers and other older men.

In virtually all situations the Courthouse is the visual focal point of the town. The Courthouse square provides more room for socializing and a more attractive setting than a downtown devoted only to business and traffic, and it belongs to everybody. For its citizens and visitors alike, the Clay County Courthouse has stood in the center of town both culturally and physically for 149 years.